Have you ever wondered what it is about the songs on spotify, iTunes, or the radio that make them sound so much better than “home-made” songs? Well, it has everything to do with mixing and mastering.

Those two things are very important when it comes to the sound quality of your songs. So let’s dive into what each of these things are and why they are so important for you to gain that radio-ready sound that you’re after.

What Is Audio Mixing?

Audio mixing can be thought of like baking a cake. Once you’ve got all the ingredients, you mix them in a bowl for a very yummy blend. Without mixing & baking all those ingredients together, you’re just left with a counter of full of seemingly random ingredients.

Same is true for songs.

Once you’ve got all your tracks recorded (vocal, drums, guitar, etc.), then its time to turn all of those individual tracks into one cohesive song. The sound engineer makes sure there’s the right balance for all of the different tracks, or in other words, the right balance for all of the individual instruments. If you want a new lead vocal or even a guitar solo to stand out, that all happens in the mixing process.

Which is why audio mixing isn’t just technical, it’s also about understanding the emotion of a song. A really good mix will enhance the emotions and vibes that the artist was after.

What is Audio Mastering?

Audio mastering is like the icing part of making a cake. Icing makes the cake look so tasty and amazing. Just like icing, mastering is the final polish that really ensures the song is at the right level OR that all the songs you have sound cohesive.

So while you can mix without mastering, you can’t master without mixing — just like how you can’t put icing on a non-existent cake!

Audio mastering is particularly focused on improved audio quality, and making an entire song sound great (vs. the intricate process of audio mixing all the individual tracks). 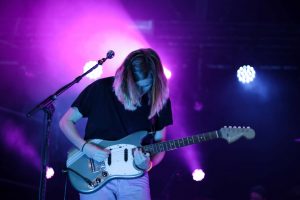 Why is it important to professionally mix and master your songs?

Let’s pretend that there are two people. One person has only dabbled in the art of cake baking. While the other person is a world-renowned chef who eats, thinks, sleeps, & dreams about everything baking. Who do you think is probably going to make a master-piece-of-a-cake? The professional, right?

Ok. Ok. This might be a total “duh”, but you might be surprised by how many people try to mix their own songs. It’s not to say that it can’t be done, but why waste your time on something that you’re probably not that good at? — And let’s be honest, you probably don’t even like it half as much as you like making new music.

When you hire someone who loves mixing, has all the right equipment, experience, and know-how you’re going to get a MUCH BETTER (and faster) result.

So, yea. Of course you can do things yourself. However, a professional audio engineer is most likely going to do it A LOT better.

Here’s five things that show that you’re ready to get your songs professionally mixed & mastered:

How much does professional mixing and mastering cost?

You might be thinking that ONE of the big reasons that you haven’t had your songs professionally mixed and mastered is because you’ve just been dreading the cost. You’ve already been imaging how you’ll have to sell your car, all your valuables, eat ramen FOREVER, live in someone’s basement, and give your dog away (sigh. Poor Buddy).

The good news is: that’s not true! Professional mixing and mastering can be quite affordable. Particularly, when you’ve taken the time to really vet a good studio and sound engineer.

However, the really important piece here is a mind-set shift. It’s time to get really honest with yourself about your dreams, your goals, and your belief in yourself & what you’re capable of. If you really want to make it big, or be successful in all the ways, then you’ve got to show up for yourself in a new way.

It’s been said that the definition of insanity is doing the same thing again and again while expecting a different result. You’ve got to step into some “new shoes” my friend. It’s time to leave the scarcity mind-set behind, and move towards abundance. You’ve got to invest in yourself, and trust that you can do anything that you set your mind to.

You truly deserve to have all of your wildest dreams come true. Don’t hold yourself back.

When THAT person shows up, we promise you that you’re going to be blown away by how far you can take your music & your dreams.

So, if you’re ready to level-up your music, then we’re ready to help. Start by getting your quote today.

Level Up Your Sound

Get pro tips straight in your inbox. Just enter your name & email below!